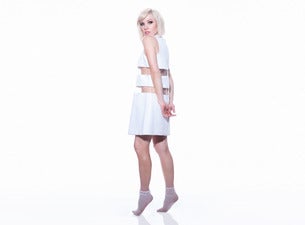 Tickets on sale 10am Thursday September 26

TEG Dainty has announced that the queen of pop, Carly Rae Jepsen will perform for the very first time in New Zealand, at Auckland’s iconic Town Hall this December 4.

From online petitions and countless heartfelt pleas on social media this is news that will thrill New Zealand fans who have long cried out for a visit from the Canadian singer-songwriter. It will be Carly Rae Jepsen’s first time down-under in both Australia and New Zealand.

Carly is best known for her global blockbuster smash Call Me Maybe which was one of the biggest songs ever on radio and became the highest selling single of the year. It was #1 on the iTunes Singles charts in over 47 countries, topped the NZ singles charts and was certified 4 x Platinum with RMNZ.

In 2015 the Emotion album was described by the NZ Herald as ‘one of the greatest pop records of our time’, and this years Dedicated album has been picked out as a master class in what a 2010s pop album can be.

Party For One heralded a cheeky arrival and Too Much is an instant classic, an infectious stroke of minimalist pop genius.

Carly has received multiple accolades, including a Billboard Music Award in addition to various nominations for Grammy Awards, MTV Video Music Awards and People's Choice Awards, to name a few.

The Dedicated Tour is playing now across North America, Europe and Asia before landing in Australasia. Jepsen has been wowing audiences coast to coast with shows likened to pop lightning in a bottle by Billboard.com

“Dedicated opens with this moment of disco-flecked gold, and live it shimmered with just as much brilliance” – Billboard.com

“The show was dazzling….Jepsen’s easy, charming energy did not waver from the first song to the last” – The Washington Post

“furnace intensity, rainforest humidity and her songs roared back to her by a packed-in word-perfect crowd who often drowned her out’ – The Times

“It comes as no surprise then, that Jepsen even has a song called “No Drug Like Me” in her arsenal — she’s just that potent” – 303 Magazine

Certain to be a hot ticket, don’t miss this chance to party with Carly Rae Jepsen when she arrives in New Zealand for the first time on December 4th.