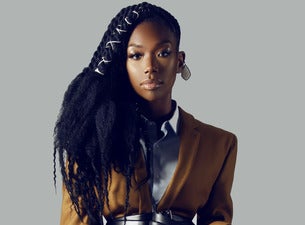 Ginnen Group are excited to announce the debut New Zealand performance of Grammy winning R&B Songstress BRANDY. With a plethora of mega hits including ‘The Boy Is Mine’, ‘Sitting Up In My Room’, ‘What About Us’, ‘I Wanna Be Down’, ‘Top Of The World’, and her brand new single ‘Beggin & Pleadin’, BRANDY and her live band will be performing one exclusive show only in Auckland on Wednesday 15th June at the iconic Civic Theatre.

Since releasing her debut album in 1994 at the tender age of 15, Brandy Norwood has built an astonishingly successful career in both the music and Television world. Her TV series ‘Moesha’ ran for six successful seasons, she starred in the reality series ‘Brandy and Ray J: A Family Business’, and the BET series ‘The Game’, plus she recently premiered a new sitcom ‘Zoe Ever After’ on BET in January 2016. Her six albums have sold tens of millions of copies, garnered her number one singles across the world and led to her winning a Grammy Award.

BRANDY’S impact on music is undeniable. Her debut self-titled album ‘Brandy’ is considered a classic to this day, and the five to follow – ‘Never Say Never’, ‘Full Moon’, ‘Afrodisiac’, ‘Human’ and ‘Two Eleven’ saw her work with everyone from Frank Ocean and Chris Brown, through to Bruno Mars and Kanye West.

Since the release of her last album ‘Two Eleven’, BRANDY has remained in the spotlight with a lead role in last year’s Broadway production of Chicago. Her brand new blues and soul influenced single ‘Beggin and Pleadin’ has recently been released and will be a part of a future project.

Don’t miss the chance to see one of the most popular R&B singers of all time perform in New Zealand for the first time.