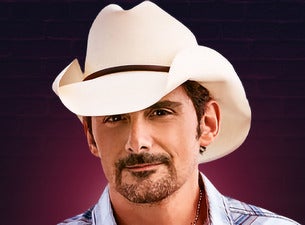 The wait is over, country fans! Following CMC Rocks QLD 2022’s one day sell out, Potts Entertainment, Chugg Entertainment and Frontier Touring are thrilled to announce Brad Paisley will play his first ever headline show in New Zealand along with Morgan Evans and New Zealand’s very own country star Kaylee Bell (Auckland only).

The concert heads over to New Zealand for a special show at Auckland’s Spark Arena on Saturday 8 October 2022.

Brad Paisley is a global country music superstar who has earned his place in country music history as one of the genre’s most talented and decorated artists. Over the past 21 years, his songwriting and unmatched showmanship have won him numerous awards, including three GRAMMYs, two American Music Awards, 14 Country Music Association Awards and 15 Academy of Country Music Awards among many others.

A member of the Grand Ole Opry since 2001, Brad has written 21 of his 24 No.1 hits, has amassed over 4.6 billion career streams and in 2008 became the first artist to achieve 10 consecutive Billboard Country Airplay No.1 singles. His 2017 album ‘Love and War’ which features collaborations with the likes of Mick Jagger, John Fogerty and Timbaland, debuted at #1 on Billboard’s Top Country Albums chart. This year saw the release of new music from Brad with ‘City of Music’, an ode to the dreamers who arrive in Nashville hoping to make it big.

“Tonight’s show was a beautiful musical extravaganza! Paisley is a true entertainer! If you have not seen a Brad Paisley concert, do yourself a favour and GO SEE HIM! You won’t be disappointed.” – PCN Magazine  October 2021

Australian born and bred Morgan Evans has grown to become one of the most exciting artists on the global country music scene right now. Having relocated to Nashville in 2017, Morgan exploded onto the US Billboard Country Airplay chart with ‘Kiss Somebody’ hitting #1 and being certified Gold and achieving Platinum in Australia. ‘Day Drunk’ followed which hit the Top 20 in the US and is certified 2 x Platinum in Australia. Both hit singles feature on Morgan’s album ‘Things That We Drink To’ which reached the Top 10 on the US Billboard Country Album chart and Top 5 in Australia on the ARIA Album chart. Morgan went on to win the ARIA Award for Country Album of the Year in 2019.

Morgan has just released his a new EP ‘The Country And The Coast Side A’ featuring the single ‘Love Is Real’, which has spent six weeks at number 1 on the Australian Country Radio chart. Taste of Country describe ‘Love Is Real’ as “Soaring guitars, a driving beat and sing-able melodies make this tune a legit feel-good jam.”

Originally from Waimate, Kaylee Bell has cemented herself as one of New Zealand’s brightest country stars. With over 30 million streams to her name, Kaylee Bell is currently the 'Most Streamed Female Country Artist' in Australasia this year. Proudly independent, Bell has shared the stage both here and abroad with some of country’s biggest global names including Keith Urban, Alan Jackson, The Chicks and Lee Kernagan.

Due to be released later this month and featuring collaborations with both Australian and US stars such as Lindsay Ell, The McClymonts and Josh Mirenda, Bell’s new album Silver Linings is set to cement her as one of our leading modern country artists showcasing her songwriting and vocal capabilities.