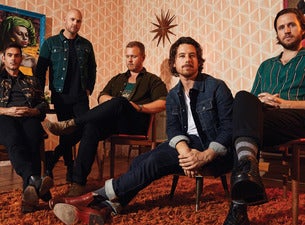 5 Events
Loaded 6 out of 6 events
Back to Top

BOY AND BEAR IN CONCERT:

Indie darlings Boy and Bear have delighted fans with their folk-tinged rock since their inception in 2009, and they’ve steadily risen to the top of Australia's underground scene. With their soaring harmonies and sparing use of banjo and piano, Boy and Bear creates a full, ethereal sound that comes to life during their riveting live performances. One of the hottest new acts to emerge from Down Under, the five-piece delivers passionate, emotional sets on their must-see tours.

Initially the solo project of Dave Hosking, Boy and Bear took its present shape after the singer/guitarist met his future bandmates -- all of which were performing in other groups at the time -- while sharing the bill with them at local shows around their native Sydney, Australia. After spending time playing together and honing their songwriting, Boy and Bear released their 2011 debut album Moonfire, which peaked at No. 2 in Australia and earned the band five ARIA Awards. Their 2013 follow-up LP Harlequin Dream topped the charts and earned praise from critics and fans alike. After spending time on the road with Angus and Julia Stone and Mumford & Sons as well as headlining their own dates, the band has gained a devoted following. Known for their captivating live sets, Boy and Bear have ticket buyers in awe every time they take the stage.

"It's so rare to watch a band that is genuinely enjoying itself on stage. These guys have great chemistry performing together. Seriously fun to watch. AND they sound even better live than they do on their album. Amazing!"

"Boy & Bear is bound for the ranks of Mumford & Sons and Fleet Foxes. Ones to watch!"

"They all play and sing very well. I like the indie rock/alt-country sound they bring because it sounds fresh and different and doesn't get tiresome. Most definitely a worthy listen!"