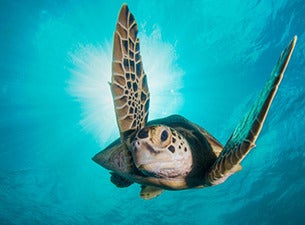 Blue Planet II Live in Concert brings the wonders and mysteries of the planet’s oceans and wildlife to the stage. Journey across the globe and dive into enchanted depths as we discover where some of Earth’s best kept secrets hide; from the vastness of the big blue, to underwater forests and cities of coral. As we continue to recognise the human impact on our ocean habitats, now is the time to be part of something bigger and be inspired by the underwater world on which we depend.

Following the sell-out success of Planet Earth II Live in Concert in 2019, the APO teams up again with BBC Studios and Auckland Live for Blue Planet II Live in Concert; an extraordinary concert event based on the BAFTA Award-winning BBC television series.

Immerse yourself in a simply awe-inspiring and epic experience that you will never forget. Set to the beautifully mesmerising music score by Hans Zimmer and performed live by the Auckland Philharmonia Orchestra.