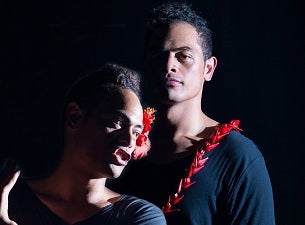 Imagine being young, gay and Samoan with God and your mother watching. That’s the premise of award-winning play Black Faggot, which inspires laughter, tears, fury and pride.

Written by Victor Rodger as a response to the outcry over New Zealand’s Civil Union Bill, this show has two actors who play a parade of characters.

There’s a pious teenager trying to “pray the gay away”, an undercover brother desperate to prove he’s straight, an island mother who finds out her beloved son is queer and a butch Samoan homo, who’s out and proud.

With cracking comic timing, this play is filthy and funny, raw and emotional and about the power of love. Black Faggot took the Edinburgh Fringe by storm, and has had sold-out seasons in New Zealand and Australia.

By arrangement with Playmarket