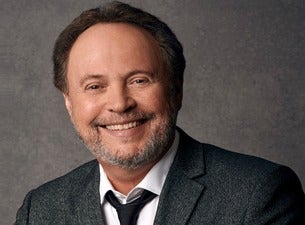 Due to tour programming changes, Billy Crystal’s tour dates have moved from Monday July 4 and Tuesday 5 to Thursday July 21 and Friday July 22, 2016. The venue remains the same, at Auckland’s ASB Theatre.

This will be the Tony® and Emmy Award® winning comedian, actor, producer, writer and director’s very first time performing in New Zealand. Tickets are on sale now for what promises to be a hilarious evening of comedy with Billy Crystal and special guest, Andrew Denton.

“I’m absolutely delighted to bring my new show to New Zealand. I have visited this beautiful country before but I am particularly excited to perform there for the very first time” Crystal said.

Auckland - Thursday July 21 and Friday 22 at the ASB Theatre