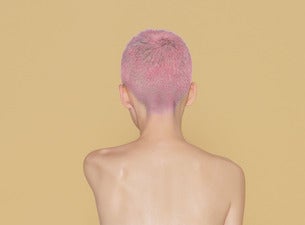 Already confirmed to perform at this year’s Lollapalooza, Coachella and Electric Forest festivals these dates come in support of his soon to be released sophomore EP, “Someone’s EP II” out Friday, May 15.

Born Jock Nowell-Usticke, BAYNK has been on a fast rise over the past couple years. Breaking into the scene in early 2015, BAYNK’s beginnings is the unlikely story of a kid who uploaded a song to Soundcloud while on holiday in Europe – who after losing his laptop and going surfing for a week, returned to find the track going ballistic with praise and attention from new fans and music industry.

Followed by a steady release of singles since then, the young producer has clocked up more than 82 million plays on Spotify alone, with early singles like ‘About Me’ and ‘Could You’ turning heads early on in 2016, marking him a top new artist to watch. BAYNK’s pop sensibilities set him on a level of his own. His releases have earned him early critical praise as well as support from major tastemaker YouTube channels such as Majestic Casual and Chill Nation and placed him at #1 on Hype Machine. Most recently, Baynk received much critical acclaim for new EP singles "Off Limits" with Australian pop sensation Glades and "Settle" with UK artist and vocalist Sinéad Harnett. The music video for "Settle" also gained heavy praise for contributions made by co-director Spencer Graves.

His latest single “Water”, out now via AllPoints, features pristine electronic production cloaked in intricate layers of horns and percussion highlighting Baynk’s aptitude for crafting electrifying and innovative sounds. The new track comes in anticipation of the NZ producer's sophomore EP, “Someone's EP II”, which is set to be released May 15.

With major festival plays under his belt such as St. Jerome’s Laneway Festival, Rhythm & Vines, Rhythm & Alps, WOMAD New Zealand, Baynk has recently been announced to play Lollapalooza and Coachella. He’s been busy refining his live show with multiple North American runs, performing as special guest with San Holo (14 dates) and a 26-date support run with Matoma, not to mention his own 13-date North American headline tour! BAYNK now brings his energetic, live instrumental show to Australian and New Zealand audiences this year.

“One of the finest purveyors of dance floor magic” – Purple Sneakers

$1 from every ticket sold will be donated to The Christchurch Foundation, supporting the victims of the recent shooting in Christchurch.