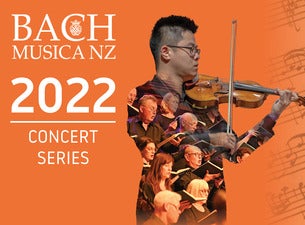 Handel composed Samson immediately after Messiah in 1741. It proved an instant success and has never fallen out of favour since then.

The libretto is based on Milton’s Samson Agonistes. As Milton was blind, he could emphasise with the blindness of Samson, as indeed could Handel whose sight was also beginning to fail. It is a highly operatic work, from a famous operatic composer. The chorus’s role is like the Greek chorus in that it sets the scene, offers moral comments, describes the action in thrilling detail and thus gives a backdrop to the various soloists whose characters are vividly portrayed through Handel’s dramatic writing.

The oratorio is dramatic and tragic, but it ends joyfully with its brilliant soprano aria Let the Bright Seraphim followed by the final triumphant chorus Let their celestial concerts all unite. Samson's great deed has brought redemption to God's people and the work ends triumphantly with a great hymn of praise, in endless morn of light.

Andrew Grenon is featured in the title role of Samson.

We are proud to present the world premiere of Symphony 2019 by Hungarian-NZ composer Gabor Tolnay. Gabor is a jazz pianist and composer based in Nelson. His Symphony 2019 was inspired by his late wife Judit.

Durufle’s moving Requiem, published in 1948, is the main piece in this concert. It features two vocal soloists, chorus and a big symphony orchestra. The piece is regarded as one of the outstanding choral works of the 20th century.

Our Best of Bach concert commences with the NZ premiere of the composer’s Flute Concerto in e minor, played by internationally acclaimed Italian flutist Luca Manghi.

Choir and full orchestra assemble next to perform Bach’s most famous Christmas chorus Jauchzet, frohlocket, the opening music of his Christmas Oratorio.

“It is conceivable, that when Bach premiered his immortal work in Leipzig almost 300 years ago, that the quality of his concert would have been eclipsed last Sunday by that of Bach Musica NZ‘s rendition - and this in remote New Zealand!”