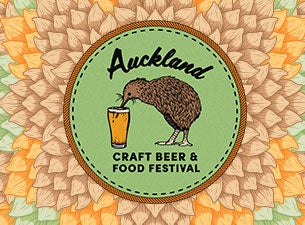 Get ready – a new craft beer and food festival is coming your way and set to be a calendar event in March 2021!

Delivered by the team behind the iconic Dunedin Craft Beer and Food Festival and led by brewery partners Behemoth Brewing Company and Emerson’s Brewery, the event will bring together more than 50 breweries across Spark Arena’s indoor and outdoor areas alongside artisan food & beverage vendors and curated tasting room sessions.

Festival Director Jason Schroeder says “We are pleased to partner with Live Nation to launch the Auckland Craft Beer and Food Festival, and together enter a new market. With the Dunedin Craft Beer and Food Festival in its 8th year now one of Dunedin’s most iconic events, it’s a logical step forward to bring craft beer and food offerings to Tamaki Makaurau. We are pleased to have a part in the growth of local and international brewers alike”.

The festival will be supported by Live Nation and Radio Hauraki, the day will also feature a stacked musical lineup of rock legends Zed, neo-soul act Molly & The Chromatics and DJ heroes Nice’n’Urlich, with more to be announced.