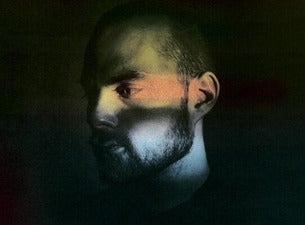 Icelandic singer-songwriter ÁSGEIR returns to New Zealand this May on his Bury The Moon Tour. The electronic-folk artist will performing at Auckland’s Powerstation on Saturday, May 9. Having already shared two new singles, ‘Youth’ and ‘Lazy Giants’, from his forthcoming album “Bury The Moon” (out Feb 7 via Inertia).

Tickets for all shows go on sale at 12pm Friday, January 24.

My Live Nation members may also secure tickets first during the pre-sale beginning 12pm Thursday, January 23 until 11am Friday, January 24.

The lauded Icelandic artist makes music that penetrates a little deeper than most. As a potent Icelandic songwriter, his debut album soared to success in his native land, before English language edition ‘In The Silence’ connected with an entirely new audience. An artist of rare scope, sincerity, and emotion, his next step might well be his bravest, and his most enduring.  ‘Bury The Moon’ – or ‘Sátt’, to give the record its Icelandic title – begins with escape. Ásgeir left Reykjavik to go and write at a friend’s summerhouse in the Icelandic countryside.  He spent the winter writing, just himself and his guitar, abandoning the studio set up and full band affair that produced his sophomore album, ‘Afterglow’.

At times, ‘Bury The Moon’ is a bruising, achingly personal experience, with shades of the endless isolation Ásgeir put himself through in that remote summerhouse.

In accepting his own imperfections, Ásgeir may well have produced his most remarkable work yet and New Zealand fans will be among the first to experience his newest album. Don’t miss Ásgeir – live in Wellington and Auckland this May.