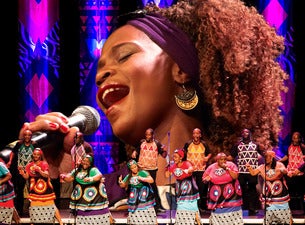 The Soweto Gospel Choir are bringing their Freedom tour to New Zealand in 2020 in honor of the father of their rainbow nation, Nelson Mandela, and South Africa’s struggle for freedom.

Following their most recent Grammy Award for Freedom (Best World Music Album), this celebrated choir invites you to enjoy the incomparable and inspirational power of African gospel music in a collection of NZ shows spanning from Auckland to Wellington.  Although the group has performed at WOMAD and the Tauranga Arts Festival previously, this will be their first New Zealand tour in eight years, opening with a performance as part of Auckland Arts Festival.

The three-time Grammy Award-winning Soweto Gospel Choir has been spreading sheer joy to audiences across the globe for nearly two decades!

Comprised of 18 of the best artists in South Africa, these uplifting performers have shared the stage with some of the biggest names in music including U2, Aretha Franklin, Stevie Wonder, Beyoncé, Ben Harper, Robert Plant, Celine Dion, Red Hot Chili Peppers and Josh Groban.

For the first half of this concert, the choir will perform Songs of the Free, a rousing program celebrating the centenary of the birth of Nelson Mandela. The second half consists of international gospel classics including the groups hair-raising take on Leonard Cohen’s Hallelujah. Just try to stay in your seat!

“The Soweto Gospel Choir members are thrilled to return to NZ” said producer Andrew Kay. “The group continues to inspire fans worldwide. We hope that our uplifting message of hope, faith, and joy reaches audiences new and old on this special return visit as we celebrate the legacy of the great Nelson Mandela.”

Filling the stage with vibrant costumes, incredible vocals and up-lifting songs, Soweto Gospel Choir is 90 mins of indisputable bliss, leaving audiences exhilarated as they dance in the aisles. The dynamic choir performs both traditional and contemporary music, adding its unique feel and interpretation to both. The choir performs in six of South Africa's eleven official languages with rich harmonies and earthy rhythms.

Along with their traditional South African anthems, the choir will perform their famous renditions of Amazing Grace, Hallelujah, and Freedom Songs Medley.

Tickets are ON SALE now from;