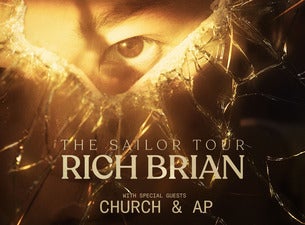 On his new album “The Sailor”, Rich Brian is not only feeling the sea change, but motion sickness too. “The Sailor” is a literal and metaphorical expression of a young man who is observing his own changing-self in the greater context of today’s world.

Growing up homeschooled in Indonesia, Brian found the Internet to be his English teacher and window to the world beyond. After moving to America alone at the age of 17, Brian has been both awed and humbled by his experiences, as they simultaneously smack him down to Earth and lift him up. Two years later, Rich Brian has come a long way.

“The Sailor is a symbol of being an explorer.” Brian says. “Of exploring uncharted territory and just going through life, curious. It’s my own story as well as the story of all immigrants that brave new worlds for a chance at something better.”

Brian came to see himself in the same boat that many have travelled in before; and came to understand the reality of crossing oceans, hoping for something better – with nothing guaranteed.

After making the leap to America, Brian has experienced all the glory of “making it” - from collaborating with the likes of 21 Savage, Offset, and Playboi Carti, to selling out shows and playing festivals around the world. Brian’s debut project “Amen”, released in February 2018, garnered widespread critical acclaim and topped the iTunes Hip-Hop charts - a first in history for an Asian musician.

“But then, life is not that simple! “The Sailor” was me learning that you can turn into a different person so quick. Life is not stagnant and can change really fast,” says Rich Brian.

Following an extended and anxiety-inducing writer’s block, making an album that was written with real instruments in real time in the studio was the antidote to the paralysis of overthinking. The Sailor is pure – clear in motivation and self-awareness. It’s about being another Asian kid with dreams, one who just went for them and continues to make them happen. The intent was to inspire others like Brian to be curious - to see what else there is to see.

The Sailor has a gentle, wide-eyed wisdom; looking to the future and becoming more burdened with life. But not yet. Brian can see it coming, and some of it is already here, but there are many seas to sail yet.