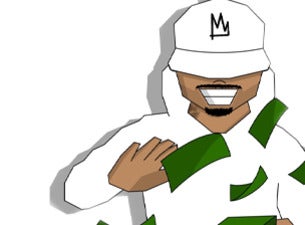 Kiwi hip-hop ‘man of the moment’ Kings will be embarking on his first-ever nationwide tour of New Zealand to celebrate the release of his new single ‘Flex’, which is out tomorrow.

Kings will be joined on the tour by The Katayanagi Twins who will be opening at the shows. The Kiwi DJ duo - Rain and China (who are identical twins) - are fast making a name for themselves on both sides of the Tasman in the music and fashion scenes. They’re guaranteed to get the party started!

Kings has been making waves across Australasia since bursting onto the scene in 2016 with his smash hit ‘Don’t Worry ‘Bout It’. It was one of the biggest local releases that year, surpassing the record for the longest #1 on the NZ Singles Chart, and spending a whopping 33 consecutive weeks at the top.

The prolific producer, rapper, singer and songwriter continued to smash the local scene, going on to win countless awards and releasing a string of critically acclaimed albums, including his debut CHAPTER ONE, which has clocked more than 4 million streams on Spotify, and features the hit singles ‘We’ll Never Know’, ‘Domino’ and ‘In The Sun’.

The Auckland-based artist continued his triumphant reign, following it up with two more albums in 2018, TWO (featuring ‘You Do’ and ‘Temporary Me’ and LOVE3 & 3GO (featuring ALIV3 and 6 Figures, which hit gold status just three just three months after being independently released and has now been certified platinum!

Not one to rest on his laurels, Kings is now back with the single ‘Flex’ from his forthcoming new project. An upbeat hype track that celebrates personal wins and a positive mental attitude, it’s only fitting that the track’s title lends itself also to the name of his tour.

Although no stranger to the stage, having performed at countless New Zealand festivals and having supported the likes of Six60, Broods and Drax Project, the Flex Tour will be the first time Kings has officially taken his live show, with full band, to the regions. And he’s looking forward to celebrating his whirlwind journey and taking his music back to where it all began - the people of New Zealand.

Kings says: “I’ve been trying to get a tour together for a while now. To see it come to fruition is pretty sick. I’m behind everything on this show ... the visuals, the live show, EVERYTHING. It’s time to FLEX.”

Kings is hot property and with international shores beckoning, this is one local tour this year, you will not want to miss.