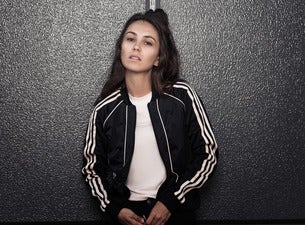 AMY SHARK has announced her Love Monster New Zealand tour dates. The ‘Love Monster’ tour will commence on September 13 in Auckland, taking her through Christchurch and Wellington. Returning after the hugely successful 2017 ‘Night Thinker’ tour, the Love Monster tour is set to be her largest New Zealand headline tour to date.

Tickets for all shows go on sale at 1pm, Monday May 21.

My Live Nation members can secure tickets first during the exclusive pre-sale beginning 1pm, Friday May 18.

Recently dropping the brand new video to her latest single, ‘I Said Hi’, the video was co-directed by Amy (with Nick Waterman – 2018 Directors Guild Award Winner) and highlights once again Amy’s involvement in all aspects of her music and career. Amy comments, “I’ve always been very heavily involved and have always co-directed my videos. I really loved working with Nick on ‘I Said Hi’ and think we really stepped it up to the next level.” Check out the video for ‘I Said Hi’ here.

‘I Said Hi’ is the first single from Amy’s highly anticipated debut album, “Love Monster” which is set for release on July 13 and is available for pre-order now. Already racing up the charts ‘I Said Hi’ is sitting at the #1 spot on iTunes, #2 on the Shazam Top 100 AU chart and #2 on the airplay charts, making her the highest-charting Australian act since 2016.

Having toured extensively throughout Europe and North America already this year – with sold out shows in major cities like Germany, London, New York, Los Angeles and Seattle – Amy is excited to be playing songs from her forthcoming debut album “Love Monster” explaining, “It's been a dream to write and record a full length debut album. I am incredibly proud of “Love Monster” and I am extremely excited to play these new songs live as well as some favourites from my “Night Thinker” EP. This is going to be very special time in my life!”

Amy’s success story continues to grow, recently taking home an APRA award for her 3x platinum breakout single, ‘Adore’ which has now surpassed 60 million streams globally. Last year she was the winner of 2x ARIA awards (Best Pop Release and Breakthrough Artist) and her debut EP “Night Thinker” exploded into the top 10 on iTunes in 15 countries. Amy also became the first-ever Australian Apple Music ‘Up Next’ Artist, a title that launched her onto the stage of The Late Late Show with James Corden and The Tonight Show Starring Jimmy Fallon.