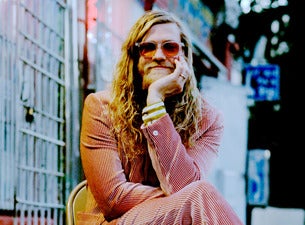 In breaking news, Live Nation can now confirm Elemental Nights has secured American Soul and R&B singer Allen Stone for a show on Sunday, July 25 at the Concert Chamber. Tickets will go on sale 12pm on Monday July 12 from elementalfestival.co.nz

Hailing from Chewelah Washington State, Allen Stone is the son of the pastor of the local church. He was immersed in gospel from an early age until he found funk and soul as a teenager through Stevie Wonder’s Innversions. Billboard has praised his “disarmingly soulful vocals” and WXPN says "his energetic shows, plus his warm and evocative albums, explain why Stone has such a solid fan base". Allen released his 3rd studio album called Building Balance that includes hit songs Brown Eyed Lover, Sunny Days, and Consider Me. He has performed on Jimmy Kimmel Live!, as well as the Special Olympics opening ceremony, NPR’s Tiny Desk, and has been a guest mentor on American Idol.

Stone who is currently based in Melbourne has a sold-out run of five club dates at the end July, with a sixth show just confirmed due to overwhelming demand.

Elemental Nights continues to grow to become the winter antidote for the city’s music withdrawals, delivering a diverse and influential concert series of both local and international artists.