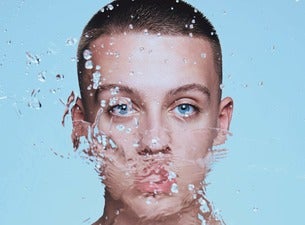 Presented by Secret Sounds by arrangement with Primary Talent International

Fit and firing after selling out his recent UK tour in seven minutes flat, Manchester MC Aitch will be putting his considerable skills on display at shows in Auckland.

Currently sitting at number one in the UK with ‘Take Me Back to London’ (his collaboration with Ed Sheeran and Stormzy), Aitch (real name Harrison Armstrong) has also recently released his debut EP Aitch20 to much fanfare both at home and abroad.

Boasting over 200,000 YouTube followers as well as tens of millions of Spotify streams for singles ‘Taste (Make It Shake)’, ‘Strike A Pose’ (with Young T and Bugzy), and ‘Trust Me’, this prodigiously talented rapper and MC is hitting extreme heights with dizzying speed.

Still not quite 20, most of Aitch’s childhood friends would probably be more likely to head to Australia for a boozy gap year at this stage of their lives, but such has been the extent of this North Manchester native’s rapid rise, he’ll first set foot on these shores in the midst of a fully blown breakout bonanza.

Now counting the likes of Wiley, Stormzy and even Manchester United’s Jesse Lingard as supporters, it’s amazing to think that only a few years ago, Aitch’s idea of performance was mucking around in a carpark, writing bars over his iPhone 4 and drinking vodka with his mates.

As it turns out, one of these mates decided to take things into his own hands and upload a clip to YouTube / rap platform P110, subsequently whipping up a storm of attention for Aitch’s Straight Rhymez freestyle.

From there, a freestyle uploaded to website GRM Daily (Grime, Rap, Music) became the most viewed clip ever on the platform. An incredible display of lyrical dexterity and swagger, Aitch breezes through nearly three minutes of bravado and, almost instantly, a star is born.

With the ability to hop on just about any beat with an individual understanding and approach to it, Aitch’s gifts lie in both his approach to his craft and his cheeky personality.

Whether it’s rap, grime, dubstep or drum & bass, he pilots his rhymes around addictive instrumental orbits, always landing the craft with a wink to his besotted listeners.

“I don’t want to be taken too seriously and don’t watch what anyone says”, he explains when asked how he is seen by people.

Well, he was recently seen by just about everybody at the UK’s recent Reading and Leeds festivals. In fact, his sets were so feverishly anticipated that organiser had to arrange for a massive stage upgrade. Clips on YouTube tell the tale, as thousands of transfixed punters clamour to get just a little closer to their new hero.